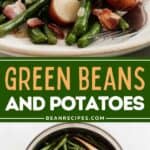 Green beans and potatoes with bacon is the crazy delicious side dish that everyone loves! It's made all in one pot, and comes together in less than 30 minutes. If you can buy a bag of greens beans that are washed, trimmed and ready to cook, this side dish recipe is a breeze. 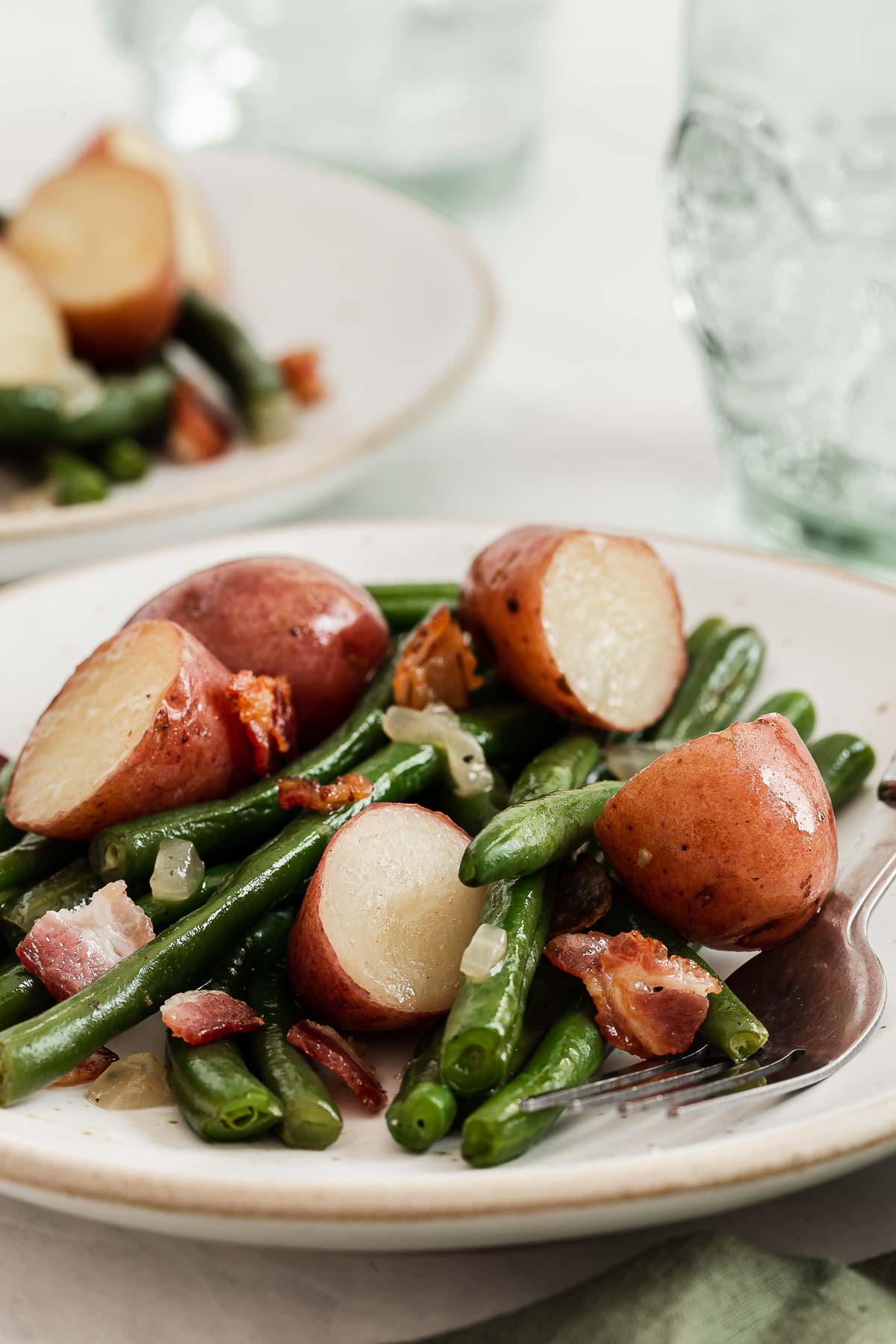 This side dish is something that should grace your table weekly from Spring until Fall, in my extremely biased opinion, of course. Tiny potatoes and fresh green beans have overlapping growing seasons from Spring to Summer, and it's truly a match made in Heaven. The only other things we need to invite to the party are bacon and onions, because when are vegetables not enhanced by bacon and onion? The answer is never, however, if you're bacon adverse, I have a tip for you below so that you don't miss out on this incredible dish.

Red new potatoes, also called baby potatoes or Spring potatoes, start coming up from the garden in the Spring, and can stay fresh with proper storage until Fall. Even though the potatoes have skins, the red skin is very thin and hardly noticeable when cooked in this way. When combined with crisp, fresh green beans and smoky bacon, they're the perfect match.

Another delicious thing to do with green beans is my green bean casserole.

The ingredients in this recipe are the perfect way to season green beans and potatoes.

How to cook green beans and potatoes on the stove

Can you use canned green beans?

What goes with green beans and potatoes?

I think all you need to go with green beans and potatoes is a light protein, like honey mustard chicken thighs. If that seems like too much bacon in one meal (is that a thing?), you can always serve it with a crisp salad with croutons.

bacon: 4 strips of black pepper bacon are my favorite for this recipe, but regular bacon will work. If you use turkey bacon, reduce the cooking time so it doesn't burn.
potatoes: Two pounds of baby potatoes, also called new potatoes or red-skinned potatoes.
seasoned salt: Seasoned salt is salt with extra spices added to it. It usually contains paprika, garlic, turmeric, onion powder, black pepper and parsley.